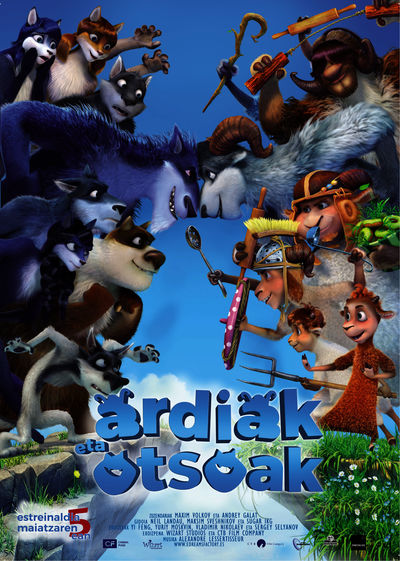 In a magical and distant land, in a small and picturesque village located between green meadows and hills, lives a flock of sheep without worries. But his pastoral and stress-free life is interrupted when a pack of wolves establishes his camp in the nearby gully. According to ancient traditions, the leader of the pack, Magra, announces that his future successor must prove his right to lead by unseating his rivals. When the powerful and bloodthirsty Ragear takes a step forward, the only wolf brave enough to challenge him is Gray, the pack's favorite, but a hopeless fox. To become a leader and recover the love of Bianca, Gris goes to the forest, where he discovers a camp of gypsy rabbits. The fortune-teller Rabbit Mami gives her a magical "potion of transmutation." Gray drinks her potion and returns to the cave of the wolves, but discovers upon arrival that she is no longer one of them. Now it has become a sheep!