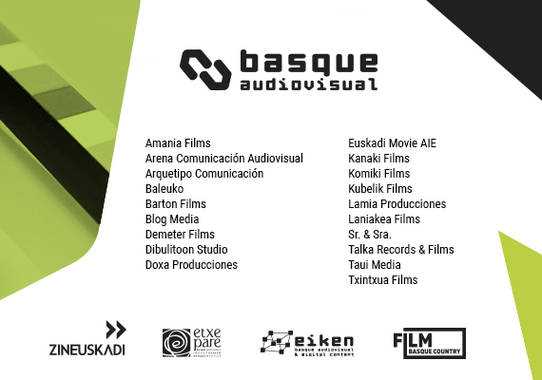 Thanks to Zineuskadi’s partnership with the Etxepare Basque Institute and Eiken Cluster, the Basque Audiovisual initiative will enjoy a presence on the stand set up by the Spanish Institute of Foreign Trade at the Berlinale’s European Film Market (15-23 February). The space will be made available to Basque professionals attending the festival and will also be at the disposal of Film Basque Country, a new brand encompassing the Basque Country’s three film commissions.

At the last edition of the EFM, the catalogue showcased 21 projects from 18 production houses: nine documentaries, nine fiction features and three animated features. The majority were at the development stage.

Most of the production companies have confirmed their presence at the market, where they will get the chance to collaborate with a working group comprising Arkaitz Basterra and Jara Ayucar, the ultimate aim being to continue to foster networking between Basque and international professionals and make the most of Basque companies’ involvement in the Berlinale.

A novelty this year is that representatives of the Basque Country’s three film commissions will be able to make use of their space at the stand under the Film Basque Country umbrella. This will represent the official presentation of the brand and will be an opportunity to find new promotion channels to attract shoots to the Basque Country.