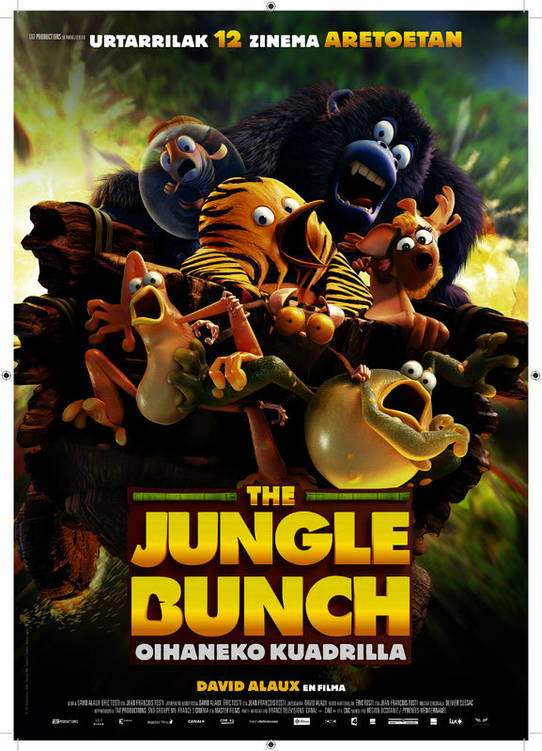 This winter, another 3 films aimed at children will be released in the Basque language thanks to the Zinema Euskaraz programme promoted by the Zineuskadi association.

On 12 January 2018 the film Oihaneko Kuadrila (France) will be released in cinemas in the Basque language and we will be able to enjoy the adventures of a very funny penguin called Maurice on the big screen.  As well as being a seabird, this penguin, who thinks he is a tiger, has become a master of kung fu. Together with his friends, Maurice will try to make peace and justice prevail in the jungle. But Igor the wicked koala bear wants to destroy the jungle, so this won’t be a simple task.

On Friday 2 February, both of the films directed by Nick Park (Wallace & Gromit. The curse of the were-rabbit) and by Mark Burton (Gnomeo and Juliet) will be released in cinemas, as will the animated film Early Man written by John O'Farrell (Chicken Run: ). In prehistoric times, a caveman will unite his tribe against a powerful enemy and accidentally invent football while he’s at it.

Additionally, on 9 February, they will be releasing the second part of the film Maya Erlea, which was first screened in 2014. In this film, the bee Maya will be back and more prepared than ever for new adventures. But when she makes a silly mistake with the emperor of Buzztropolis, she has to join forces with the rebel insects and take part in the Honey Games to save her hive.

The Zinema Euskaraz programme has made great strides in the last few years and more and more films are being dubbed into Basque. Furthermore, the quality has also improved and audiences have welcomed the success of the programme.

Zineuskadi’s aim is to continue strengthening the programme in 2018 so that children and young audiences in the Basque Country can enjoy films in the Basque language at the same time as they are released in the Spanish language.