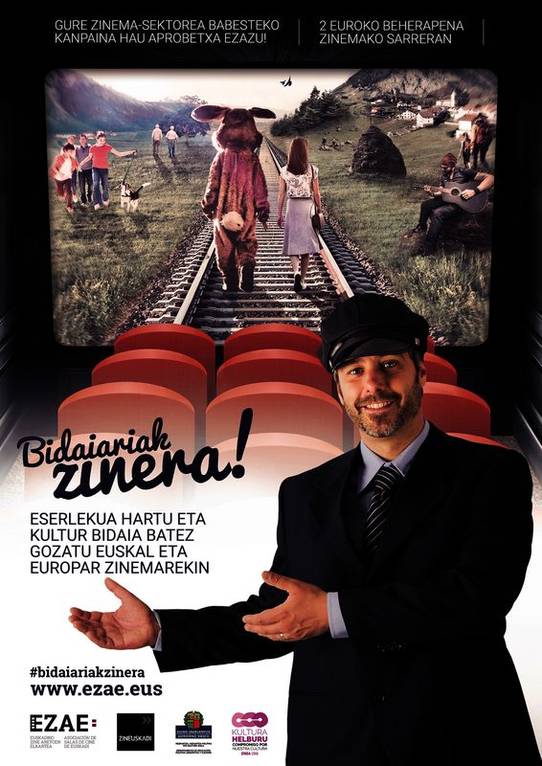 Thanks to the collaboration between EZAE and Zineuskadi, the Passengers to the cinema! campaign that was launched on 11 October in 59 Basque cinemas has been a success for the third year running.

This promotional campaign, which is sponsored by the Basque Government through Zineuskadi, sees the film experience as a journey through different places and cultures for the audience. Basque exhibitors have come together to support the Basque and European film industry.

In two and a half months, audiences have had the chance to see outstanding films at a reduced price, such as: Hurrak eta Lapurrak 2 (Zinema Euskaraz), Ninjago Lego (Zinema Euskaraz), Handia, Back to Burgundy, The little vampire, La batalla de los sexos andDeep.  It has been a resounding success: 25,000 viewers have enjoyed films at discount prices in the 59 cinemas that have participated in the campaign.

The campaign will be launched again in 2018 when the collaboration agreement has been renewed. That will be when the promotion dates are decided and each cinema chooses the films that will be given a €2 discount on each ticket.