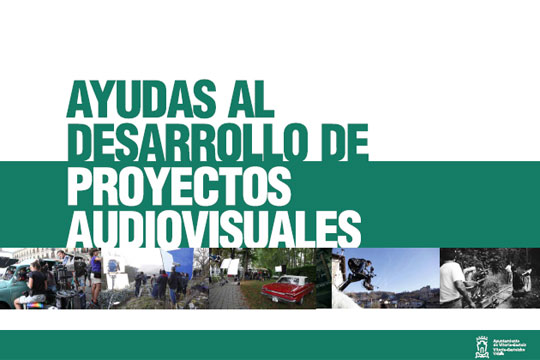 The audiovisual projects of local character will be able to count on the economic support of the City council of Vitoria-Gasteiz thanks to the specific line of grants that today have presented the councilor of Employment and Sustainable Economic Development, Nerea Melgosa, and the councilman of Podemos, Juan Cerezuela. A global budget of 100,000 euros has been allocated for subsidies that can be used in the development of film and television projects, feature film production, short film production and screenwriting for feature films.

Nerea Melgosa has framed this call for aid in the set of initiatives that the City is promoting for the development of Creative and Cultural Industries in Vitoria-Gasteiz. "The audiovisual sector, as well as the entire local ecosystem linked to image and design, is a niche for entrepreneurial opportunities and the creation of employment and wealth. We have a network of companies and great professionals that the City Council supports with actions such as the re-launch of the Film Office, which is facilitating the arrival of new shoots and a greater degree of coordination among all the agents of the sector. Now, with the call for aid that we are launching, we aspire to retain and generate new talent in this area, "said Councilor for Employment and Sustainable Economic Development.

For its part, the councilor of Podemos Juan Cerezuela has applauded the activation of the budget item that his municipal group incorporated into the budget agreement this year and that is a basis from which to start building a future with the involvement of all people and agents of the sector. "Great names have come from our city and our province that everyone knows and well-known professionals within the sector with prestigious awards, but there is also a talented young quarry who suffers from the limitations of being born here. We do not want people to have to go outside to make their scripts, their documentaries or their films, which is what has always happened. And we trust that this unprecedented support that is finally set in motion reverses that dynamic. The City Council must ensure that people can stay here and develop their careers here, "concluded the mayor, who believes that the goal from now is to maintain this call for aid in the coming years, allowing the consolidation of an audiovisual network in the city and the territory that is a source of work and wealth, and that places Vitoria and Álava on the map with its own identity.