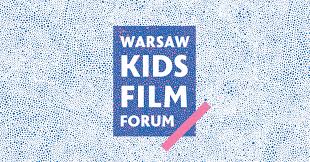 Zineuskadi will be taking part in the first edition of the Warsaw Kids Film Forum, which will be held from 27th to 29th September in Warsaw, Poland.

Warsaw Kids Film Forum is a forum for European animation, aimed at kids’ films and television series.During the forum there will be pitches, workshops, specialist panels, post-production screenings of films and one-to-one meetings with experts in various areas of the industry such as scriptwriting, distribution and international sales.

From Zineuskadi, Jone Landaluze will be attending these events.The forum will serve as a platform to promote relations with countries from Central Europe, Eastern Europe and the Baltic states.There will also be professionals from the international film industry who are especially interested in creating cultural products for children, who will have the opportunity to share ideas and projects in the various spaces set up for networking.

In September, Zineuskadi will also be working together with the San Sebastian Film Festival (22nd to 30th September) in its section aimed at child audiences.Through a programme that was set up with ikastolas (Basque-speaking schools) and other schools in 2014, the Festival prepares an exclusive programme that allows schoolchildren to enjoy films on the big screen in the Basque language.These screenings can be enjoyed in Príncipe cinemas and during the special screenings in the Velodrome.