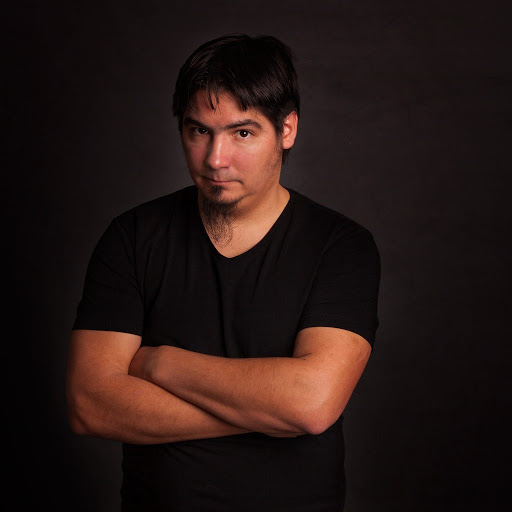 Paul Urkijo, the director of the film ‘Errementari,’ (Blacksmith) is talking to us about his next feature. The film ‘Irati’ has been selected to participate in the Fantastic 7 at the Cannes Film Market and the filmmaker from Vitoria explains the reasons for his presence there. We also talk about the short film ‘Dar Dar’, which he wants to present at the autumn festivals.

How did you come up with the idea?

I can’t give you a lot of details just yet because we want to keep the film secret. I think that it will have elements that will surprise audiences. We have published very little information as yet; I can't tell you much more than the synopsis that we have prepared for the Film Market.  I’ve always loved Basque mythology and history and I’ve long wanted to make a big movie on that subject. Our mythology is extremely valuable and I also think that it's very powerful. The film is based on that and the Middle Ages, a fascinating period of history. As I remarked, I’ve always had this idea in my head: ever since I was a kid, I’ve wanted to see a film like this. And now, after ‘Errementari’, I’ve had the chance to develop various projects and, when I saw this, I thought: “Why not go one step further?” I’ve taken a bigger step forward while continuing along the same lines: making a fantasy film in the Basque language, this time based on mythology.

You say that you’ve always had this idea in your head. Was there something that encouraged you to take that step forward now?

Given that ‘Errementari’ was popular and I am still young, with the strength to go on an adventure like this, I took the plunge. This is a very big and difficult movie; they all are, but this one even more so if that’s possible. It is based on a historical period that requires a lot of work, set in the 8th century, which has been very rarely seen in films.   We’ve seen the Middle Ages on several occasions, but normally from the 13th century onwards. Therefore, it has very rarely been documented in film and, additionally, it’s extremely difficult to summarise everything in one movie. It requires you to do a lot of research...it's a lot of work. A lot of the filming will be in a natural setting, with lots of outdoor shots. It will be a big film; I felt energised and I decided to continue along the same lines. People seem to like what I do, so I will try to carry on doing the same thing, but bigger and better.

I imagine that the research work was also difficult...

Yes, but I’ve been gathering information and writing for three years, talking to experts on history, readings tons of books...

Well, just imagine! Firstly, the world’s top seven film festivals for the fantasy genre are in the Fantastic 7 and, for someone like me who makes fantasy films, that’s perfect. Secondly, it is a platform that is integrated into the Film Market and the market in Cannes, which is one of the biggest in the world - if not the biggest - so being in this forum is highly beneficial for the project. In a way, it gives you a boost to secure funding for the film.  The film is quite well funded and we want to find what we are missing.

Do you think that being there could open doors for you?

I think so, yes. The fact that people are familiar with the project shows its calibre and, at the end of the day, being at the Market throws weight behind the film.

What will you do in the Fantastic 7?

Normally, at markets and festivals you present the project. Then you make a pitch, you have time to show people images or ideas from your work and, finally, you arrange meetings with anyone who is interested over the next few days. This year, as it is online, we have made the material available privately, so that the filmmakers attending the Market can watch it. They will only be able to see it on one day and then we will arrange meetings, which will be held through videoconferencing. It’ll be the same, but online.

What stage are you at with the film?

We are in the preproduction stage. We are still researching, working on the design, locations, etc. We are quite far along with the project and we are moving forwards. Ultimately, you work before you secure all of the funding, although we are actually quite far along now.

And what next steps will you be taking?

I think that the next steps will be the most complicated stages of construction and production. Finishing the casting, building the set, rehearsing, etc. The first thing that you do includes the most ‘basic’ areas of preproduction, the things that you do in offices, and then the most ‘complicated’ aspects, where you hire more staff and start doing the most difficult parts.

How have the COVID-19 pandemic and confinement affected the project?

We had planned to start filming sooner, but in the end we’ve had to delay it. As a result, although we are still in the preproduction phase, there are areas where we’ve made no headway because everyone is at home. We are gradually being told about the measures that will have to be taken during filming and, as our preproduction process is going to be a long one, we'll see how our colleagues who are already filming are doing. It’s also true that in the world of movies we are used to problems during filming; in fact, films are one big heap of problems; but we’ll keep on going.  Anyway, although the processes are being delayed, we are still following our roadmap and, luckily, everything is still moving forwards.

Are you working on any other projects?

I’m always mulling over different projects in my head, without knowing which one I’ll complete first. But yes, I have a few more ideas in my head and, also, I recorded a short film called ‘Dar Dar’ at Christmas. I am finishing that and I hope to be able to present it at the autumn festivals. It’s based on a story by Barandiaran with the same name. I’ve made it very dark, like the films from the early 20th century, with lots of texture, in black and white. It’s a short silent film and it is shot to make it as scary as possible: it’s for adults.