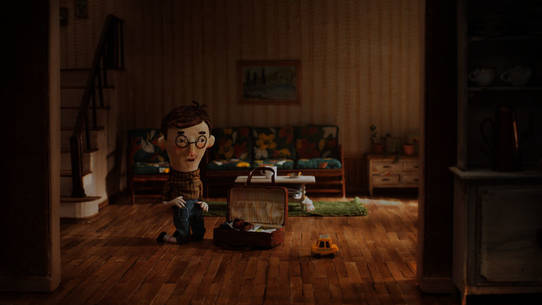 In the Zinebi Firts Festival section, dedicated to promoting the "first operas" of young filmmakers, the award was for the American feature film 'Gray House'.

The French animation short 'Negative Space' has won the Grand Prize of the 59th International Documentary Film and Short Film Festival of Bilbao, Zinebi, which has also recognized the Spanish film 'Galatea al Infinito' with the Spanish Film Grand Prize and the Golden Mikeldi for Best Documentary. In the Zinebi Firts Festival, dedicated to promoting the "first operas" of the young filmmakers, the prize went to the American film 'Gray House', by Austin Lynch (son of the renowned director David Lynch), and Matthew Booth, for its innovative and suggestive staging. The list of main prizes is completed by the Basque Film Grand Prize, awarded to the animated short 'Areka', by Begoña Vicario and 20 other young filmmakers, for combining film techniques in an original way to tackle the problem of the disappeared during the Civil War, and the Best Latin American Film Award, awarded to the Cuban fiction film 'El hormiguero', which analyzes the problem of poverty and infra-housing on the Caribbean island. The jury also awarded the Mikeldi de Oro for Animation to the work 'Manivald', by Chintis Lundgren, and the Fiction for the short film 'Altas cidades de Ossadas', by Portuguese Joao Salaviza. He has also given two special mentions in the international contest to the Iranian fiction short film 'Limbo', by the director Ghasideh Golmakani, and the Mexican animation 'We are missing', by filmmakers Emilio Ramos and Lucía Gajá. With the reading of the list of winners and the awards ceremony for the best works of the event and the second Mikeldi de Honor of the festival to the Italian filmmaker Marco Bellocchio, the Bilbao contest concludes tonight, in which 62 films competed this year.