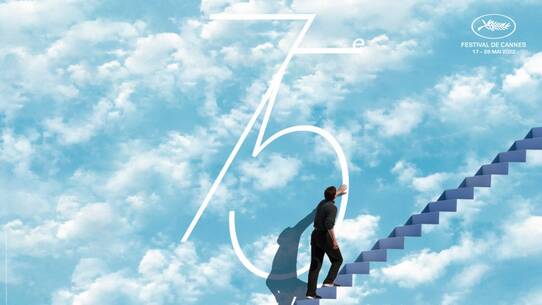 Tomorrow kicks off the Cannes Film Festival, one of the most emblematic events on the international cinematographic calendar. Once again, the Basque Country will be represented both during International Critics' Week, as well as the prestigious Marché du Film market, which will be held through Saturday, 28 May.

The Cannes International Critics' Week, which offers a selection of short films and first or second full-length feature films from new and promising talent aimed at presenting their work to critics and the public at large, has selected the film Cuerdas from Estibaliz Urresola Solaguren on this occasion. This project was produced by Sirimiri Films together with Gariza Films and Katz Estudio, and tells the story of a women’s chorale that risks being disbanded after losing its municipal grant. Nevertheless, one of the valley’s largest and most polluting companies has offered the group a tempting sponsorship, which would mean its salvation. The women will have to decide whether to accept the company’s offer or not.

Basque film will also be represented at the Marché du Film, one of the year’s most celebrated events. Thanks to Basque.Audiovisual., A los libros y a las mujeres canto will participate in the Spanish market screenings. María Elorza’s project arrives in the French city after receiving awards from FIDBA and the Malaga Film Festival – WIP Spain. Produced by Txintxua Films, this the director’s love song to all women that have used intimate resistance to care for books, without epic tales, revolution, or weapons.

Marché du Film will also serve as an unbeatable showcase for the short film Bat from Ane Berriotxoa and the Basque Country Film School, which will be part of the 2Cool4School catalogue. This selection falls within the framework of the ICAA’s #JustSpainted programme at the Cannes Festival Short Film Corner Library.

As usual, Basque.Audiovisual. will be present once again at the Cannes Marché du Film thanks to ICEX, with a space that will present the latest works of Basque film, as well as the various financial incentives available in our region. In order to be competitive on an international level, and acquire greater relevance, today the brand is unveiling a refreshed image on its website (www.basqueaudiovisual.eus), which has a powerful project search tool so they can be easily identified and accessed by all professionals that may be interested. This new space serves to replace the paper catalogue that used to be presented at festivals, while reinforcing our commitment to a more sustainable world.

The importance and relevance that Basque film and the Basque Audiovisual brand is gaining on the international stage is particularly noteworthy. The Quebec Film Festival invited a delegation of Basque professionals and producers that fall under the umbrella of the B.A. brand to attend its networking event. Also, starting this edition, the International Festival of Documentary and Short Film of Bilbao (ZINEBI), will be one of the #CannnesDocs programme’s collaborators.