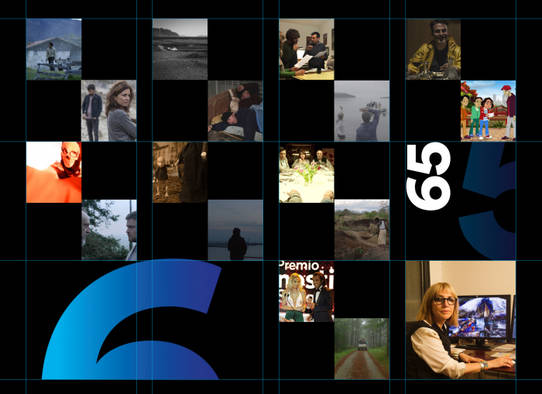 The editor Julia Juaniz will receive the Zinemira Award at the Basque Film and ETB Gala, including the premiere of ''Elkarrekin-Together'' Zinemira will present the fiction debuts ''Bi txirula'', by Iñigo García Arrizabalaga, and ''Non / No'', by Eñaut Castagnet and Ximun Fuchs

Fourteen Basque productions will feature in eight sections and programmes at San Sebastian Festival’s 65th Edition. Seven of these, world premieres at the Festival, will compete for the Irizar Basque Film Award.

The Zinemira section includes three competing titles. Eñaut Castagnet (Berria 10 urte, When I Was a Child) and Ximun Fuchs, founder of the theatre company Le Petit Théâtre de Pain, take their first steps in cinematic fiction with Non / No, narrating the struggle of the community in a small French town when a factory shuts down. Bi txirula, a voyage prompting reflection, is the fictional feature debut from Iñigo García Arrizabalaga, an architect by profession and author of short films including Big Boy dokumentala and Errusia. And the directors and producers of Pura vida (The Ridge, 2012) and Walls (2015), Pablo Iraburu, Migeltxo Molina (Pamplona, 1978) and Igor Otxoa (San Sebastián, 1973), direct Elkarrekin-Together, following an expedition of Basque archaeologists to a remote island on the east coast of the United States in search of evidence of the meeting and cooperation between Basque whalers and American natives. Elkarrekin-Together is the film chosen for screening at the Basque Film and ETB Gala.

Completing the section are two films participating out of competition: Converso / Conversus, the second film from David Arratibel (Oírse) and Nur eta herensugearen tenplua / Nur and the Temple of the Dragon, the last film directed by Juanba Berasategi (Pasaia, 1951-2017). Arratibel invites us to understand his family’s conversion to Catholicism through his film, winner of the Audience Award at the Punto de Vista Festival and of Best Documentary at the Malaga Festival. Berasategi directed this animated film based on the literary character created by the Basque author Toti Martínez de Lezea.

Other contenders for the Award are Operación Concha / Operation Golden Shell, directed by Antonio Cuadri (Trigueros, Huelva, 1960) and headlining Jordi Mollá, Karra Elejalde, Unax Ugalde, Ramon Agirre and Bárbara Goenaga, to be screened at the Velodrome.

The Irizar Award Jury will also consider Volar, part of the Other Activities programme. Directed by Bertha Gaztelumendi (Irun, 1962), who took her first steps in Zinemira with Mariposas en el hierro (2012), the work looks at nine women victims of domestic violence who spend a weekend together.

Furthermore, Koldo Almandoz (San Sebastián, 1973) repeats his presence in Zabaltegi-Tabakalera, having presented Sipo Phantasma / Ghost Ship last year. This time he brings a short film, Plágan / Plague, selected for Kimuak 2017, whose seven titles, like every year, will have a screening for professionals within the Festival framework.

Four Basque productions, three starting out, one almost finished, will also play a leading role at the Festival’s 65th edition, in the framework of the industry activities. In the Europe-Latin America Co-Production Forum, two projects at the incipient stage have Basque production. Akelarre / Witches' Sabbath, set in the Basque Country in 1609, which will be directed by Pablo Agüero (El Bolsón, Argentina, 1977), the maker of 77 Doronship (Zabaltegi-New Directors 2009) and Eva no duerme / Eva doesn't Sleep (Films in Progress 27 and Official Selection in 2015).

El doble más quince (Double plus Fifteen) is the latest project by Mikel Rueda (Bilbao, 1980). The author of Caminan (Zabaltegi-Tabakalera 2016 and Kimuak 2016), Nueva York. Quinta planta (New York. Fifth Floor, Zinemira 2016) and A escondidas (Hidden, Malaga Festival 2014) tells the tale of a woman and a teenager with 30 years between them.