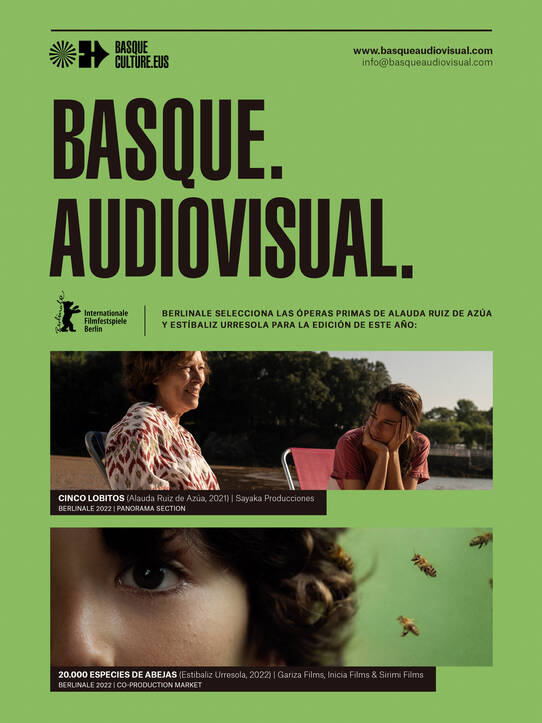 The Berlin International Film Festival, one of the most important on the European film scene, will count on the presence of two Basque protagonists: Alauda Ruiz de Azúa and Esti Urresola. The German event will start tomorrow, February 10, and will take place until the next day 20. This time, the festival has opted for a hybrid format that recovers face-to-face screenings, all under strict security measures such as the reduction of capacity and the obligation of being vaccinated and taking a daily diagnostic test. Meanwhile, sections such as the European Film Market or Berlinale Talents will take place online.

Face-to-face, in the Panorama competition section, dedicated to showing films that aim to shake consciences, as well as challenge the audience in their viewing habits and their thinking, the world premiere of the film ‘Cinco Lobitos’ (Lullaby) will take place, by the Biscayan filmmaker Alauda Ruiz de Azúa. It is a film produced by Sayaka Producciones, Encanta Films, Buena Pinta Media and RTVE, which tells the story of a 30-year-old mother who has conciliation problems and returns to her parents' house in the hope that they will take care of her while she takes care of her baby. For the Baracal-born director herself, “premiering there means everything. It is a small project that has been growing and the fact that a festival such as Berlinale selects it gives you wings to start the journey. It gives us a lot of strength."

On the other hand, there is the presence of Esti Urresola at the nineteenth edition of the Berlinale Co-Production Market, which will take place from February 12 to 16, stands out. The director from Laudio will participate in the market with '20,000 species of bees' (Gariza Films and Inicia Films), her first feature film. It is a story about identity that tells the story of Lucía, a girl with a penis whom her classmates call Aitor. With her participation they will have the opportunity to meet potential international co-producers, representatives of financing funds, directors of streaming platforms, sales agents and heads of television channels, among many other professionals in the sector.

Additionally, Basque. Audiovisual will have a virtual stand in the Berlin market, linked to the Cinema from Spain portal, in which it will offer information on the tax incentives of the territory, the aid system, and different tools and associations at the service of the international industry.

For this 72nd edition of the Berlinale, a new version of the Basque. Audiovisual. catalog has also been prepared, which includes the Basque projects that are currently being developed, as well as the selection of short films Kimuak 2021. This publication will be available for programmers, international sales agents, platforms, and other essential agents for the industrial gear.