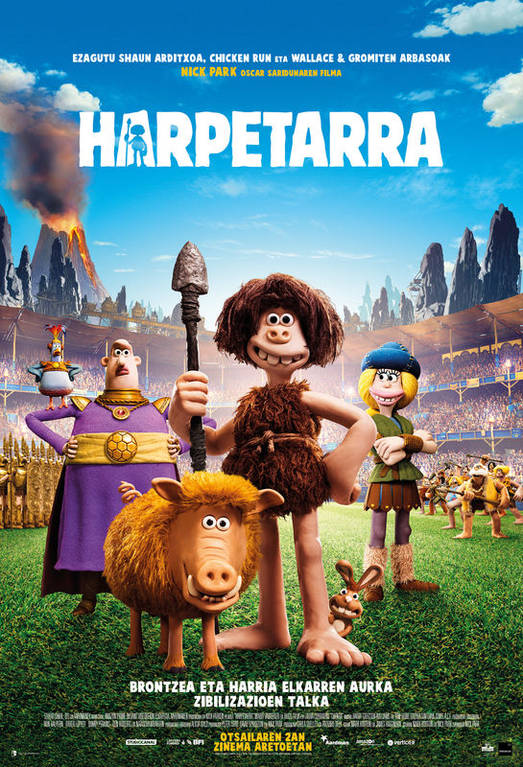 During 2017, 12 films were released thanks to the partnership between EiTB and Zineuskadi, and the Zinema Euskaraz (Films in Basque) programme has gained 20,000 moviegoers.

The agreement that will be signed by Zineuskadi and EITB at the Golem Alhóndiga cinema in Bilbao on Saturday 27 January, is aimed at allowing younger viewers to enjoy films in the Basque language. So, thanks to this agreement, the members of HIRU3, the community created for children, will be able to enjoy a variety of benefits (ticket, merchandising, etc.) during 2018 to enable them to attend the movie premieres that are organised by the Zinema Euskaraz programme. During 2017 6,595 members took part in prize draws that were organised by HIRU3, and this year, continuing in the same vein, they will also be organising special premieres for kids, the Zinegabonak initiative (Christmas films) and other innovative activities.

While between September 2015 and June 2016, the Zinema Euskaraz initiative managed to attract 40,000 cinemagoers and show 18 films, the programme that was launched in September 2016 and ended in June 2017 managed to bring a total of 60,000 people to cinemas. So, thanks to the agreement between EITB and Zineuskadi, the programme has managed to attract an additional 20,000 people to Basque cinemas. The agreement signed (a grant for 50,000 euros) between the Zineuskadi association and EZAE (Basque Cinemas Association) to develop the “Bidaiariak Zinera” (Passengers to the Cinema) campaign has also been a crucial factor behind this success.

Furthermore, the results obtained by the Zinema Euskaraz programme in schools have improved notably during the last few years. Between the 2015-2016 and 2016-2017 school years, 172,000 schoolchildren were able to enjoy films chosen especially for them. Among other films, these include: Mustang, Tom Little and the Magic Mirror, Ozzy, The Young and Prodigious T.S. Spivet, Freddy Frogface, Bram Barrabas, To Say Goodbye, Yugo & Lala, Oddball, Leap! and Coco.

The agreement will be signed at the preview of the film Early Man, directed by the Oscar-winner Nick Park (‘Wallace & Gromit’). Together with the Aardman animation studio (Shaun the Sheep), they have created a wacky story that takes place between the Stone Age and the Bronze Age. Among other things, this fun comedy is about the unexpected invention of football.