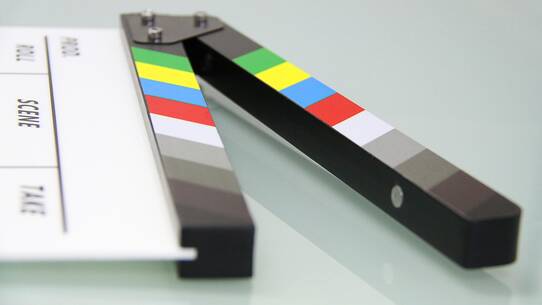 Abandon all you know about film industry economics and welcome New York based startup Defy Funding LLC. This private equity fund is introducing a trailblazing financial model grounded on blockchain investment that will be the future alternative for producers and investors in the new film industry.

Defy Funding LLC offers a revolutionary funding system that is able to provide direct funds to producers thanks to blockchain technology investors. Defy!s model divides investment into two different fields of allocation, the tech field and the film industry field. This allows for unprecedented profits in a short time.

As a result, Defy Funding LLC solves two historical problems in the industry: lack of freedom for producers and the lack of benefits for investors. On one hand, producers complain about the lack of creative freedom due to implicit constrictions in accepting traditional funding sources, private or public. On the other hand, films don’t do enough to attract investors due to the fact that movies only collect profits from distribution and not all films earn enough to beat their costs.

Defy Funding LLC’s main benefit to investors is its ability to return 20% on investment before the film is even done. Following this short-term profit from blockchain, another 20% profit from all commercial distribution is offered to the same investors after the film is released. Producers keep 70%, while the remaining 10% goes to Defy Funding LLC.

Defy is proudly developing a catalogue that gathers ten international film projects from well-known producers whose career names and distribution earnings from previous projects are motivating investors to pledge their investments. Defy Funding LLC is specially selecting producers from Spain, Argentina, Mexico, Russia, India, China, Canada and USA to begin production in 2022, while developing relationships with investors from USA and China.

But, how is it possible to get such returns in blockchain technology before the film is even distributed? The micro and macro analysis by Defy Funding LLC is key to understanding the historical moment that we all have ahead.

We are living through a unique era of technological development, foreseen only by a select few, an era similar to the internet boom of the 90s. In eighty years, we will look back and realize that the biggest advance during the XXI century wasn’t anything exotic like Artificial Intelligence or Robotics, but rather a new open way of storing and transferring digital data that uses math as a defense mechanism, making any alteration or data intrusion impossible. The physical world is reduced more and more to ones and zeros, exposing us to risk. Anything from Images and information to videos, music and money will run through blockchain. An internet 2.0 which brings the security, transparency and speed we have been waiting for in which intermediaries won!t be needed anymore.

The film world will be one more sector where this technology will bring radical change. It is just a matter of months before we begin to see improvements to existing industries and the impacting effect that blockchain will have in every area of society. Massive adoption is coming and Defy Funding LLC is in a privileged position to join this tech revolution.

In essence, Defy’s model is simple. Yet, that which is simple can sometimes startle an industry that is used to complicated financial structures. It’s about time to make things easy in the film industry. We are entering the technological era which will allow it to happen