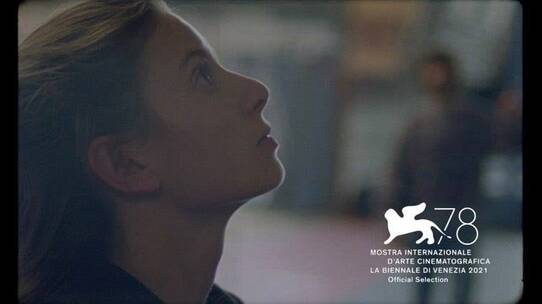 ‘Hold’, by San Sebastian filmmaker Mikel Gurrea, is the first short film in Basque to be screened by the Venice Film Festival in its history. The film is integrated into the Orizzonti (Horizons) section.

‘Hold’, produced by Irusoin and starring Haizea Oses, Mikel Arruti and Oier de Santiago, is a fiction set in San Sebastian in 2000, with the Basque conflict still active. While writing a letter to her absent brother, Sara, a 15-year-old climber, trains for the most difficult climb of her entire life.

This Basque production will also participate in the San Sebastian International Film Festival. It will be integrated into the Zabaltegi Tabakalera section, although it will not compete for the Irizar Basque Film Award since it premiered before the San Sebastian Festival. Mikel Gurrea (San Sebastián, 1985) graduated in Audiovisual Communication at the Pompeu Fabra University in Barcelona and obtained a master's degree from the London Film School. His short films have been awarded at festivals such as the Montreal World Film Festival and his dramaturgies have been premiered at the Queen Elizabeth Hall in London and the Fernando Fernán-Gómez in Madrid. This summer he has tackled the filming of his first feature film, ‘Suro’, a production by Irusoin, Lastor Media and Malmo Pictures that addresses the racial conflict and xenophobia, set in a rural Catalan area. His filmography also includes 'Txoria' (2013), 'Rojo en el agua' (2010), 'Los gato del tejado' (2009) and 'Primo' (2008).

‘Hold’ was included in the Kimuak 2021 catalog along with seven other titles. After passing through the Venice Film Festival, which ends on September 11, the short film will follow a circuit of national and international festivals.